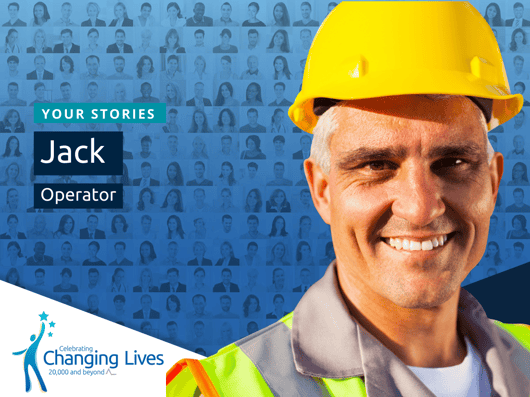 Jack's Story is brought to you by Denise Kaitu

"We originally helped Jack in 2013, when he got back in touch more recently we helped move him to a Queensland role. After 3 weeks of starting the role he called and told us he had been diagnosed with cancer. He was an older gentleman and it took him a while to be able to talk about it and for me as a consultant it was a first so learning to talk to him about it and the proceedings that would have to follow was a challenge.

This was the first-time things became quite personal with him. He kept me updated through the process, and he had to take a bit of time off to get things done like check ups and operations etc. We then went through the process of getting him back to work.

The site was great in giving him whatever time off he needed, he was a bit apprehensive at first that they might give his position away, but they retained it for him. Getting back to work after everything was a challenge too because there were after effects from the operations, and they had to be considered with more time off. 18 months after he got offered a permanent role with the client, so it worked out really well for him personally and professionally."

"He’s a good guy who wants to do good work, do well at this job and go home to his wife and his kids. He’s as much for the partnership and the relationship as we are."

"The whole situation was obviously challenging as well as having to help negotiate the transition with his employer, as well as the privacy aspects that had to be addressed. But the good relationship I had with him, his wife and the employer made it possible for us to deal with."

"I think on a bigger level the experience made me take stock of the bigger picture in life and that understanding each person's circumstances is vital."

"I think I grew emotionally through the whole process and overall it is the relationship with people is key."