There was a fantastic turnout at Brisbane’s RiverCity Labs on Wednesday May 18 for our Fireside Chat with Wayne Gerard, Co-Founder and Co-CEO of RedEye Apps, and Michael Trusler, Co-Founder and Co-CEO of PlantMiner.  An estimated 80+ people were in attendance, with host Chris Titley describing it as one of the largest he’s seen at the venue, testament to the growing interest in the local startup scene.  Attendees came from different echelons within the startup and business landscape, getting an insight into these two startups that have completed their Series A funding rounds and are working relentlessly to pursue the ultimate success of their respective businesses.  On the night both Gerard and Trusler gave strong insight into the paths they’ve forged and lessons they’ve learnt, highlighting some critical moments they’ve faced in the evolution of their startups.

Conception and the Early Days

Both Gerard and Trusler conceived the ideas to their startups via pains they experienced in previous professions and businesses.  Without any clear solutions in the markets they’d identified, both sought advice in early 2012 and looked into options before the birth of RedEye Apps and PlantMiner. Gerard took the RedEye Apps idea to key prospective clients to fine-tune his product. “If you’re genuine and you talk to your clients about trying solve their problem, and they believe it’s a problem worth solving and they want to do something about it, they’ll sit down with you and give you insight.  This has been our experience,” he said. Trusler admitted he was lucky obtaining seed funding pre-revenue once he had formed his concept, but highlighted the effort that went into creating the basis of his clients in the early stages. “What we didn’t know when we started out was on the supplier side of who we were disrupting, which was the plant and equipment rental companies, so I think in the beginning we made between 15,000 – 20,000 phone calls in about seven months to every plant and equipment supplier in Australia, I remember us aiming for over 180 calls per day in our investors office” he said. They also both highlighted the importance of a unified vision in their Co-Founders from the beginning. Gerard touched on his partnership with RedEye Co-Founder Randall Makin and how collectively their skills compliment and balance their startup, while Trusler said he entrusts in his business partner Mick Davis and his leadership group to make critical decisions. “I don’t know how a single CEO does it. We don’t make any decisions by ourselves, we always collaborate and I think that’s a great way to go about it if you’re all invested in the same growth path,” Trusler said. 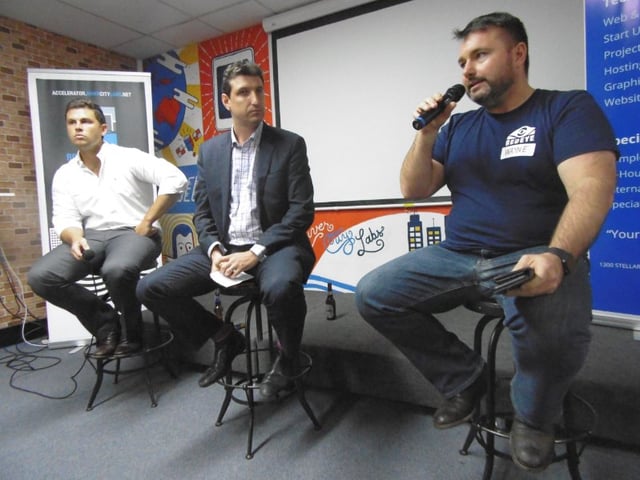 Gerard and Trusler both acknowledged that the success of their business lies in their greatest assets, their people. Both have attracted people with a weight on cultural adaptability and an appreciation of the vision and turbulence that comes with the startup path, but based on their products, both had different approaches to acquiring and securing talent. Gerard employs on culture fit and a progressive learning attitude, without a need for proven experience. “We’re investing a lot in building our team and it’s a really good journey to go on… We talk in our business about when people come in it’s very much about - you’re coming in here because you have the right culture and you demonstrate the right aptitude, maybe not necessarily all the right skills but we’ll invest in you and we’ll go on a journey with you as far as you can go,” Gerard said. Trusler shares Gerard’s view on culture and learning attitude however looks to experienced, knowledgeable professionals from industries he sees synergy, and looks to secure them by getting them truly invested in the business. “We’re a brand new product and it’s difficult to employ someone from the outside who gets us straight away… The Heads of each department in our team have not changed in three years and we’re lucky in that sense. Our top people in each sector of our business are already invested in the business, they’ve put up personal cash to get in and they share the vision,” Trusler said. As an extension of this, Trusler also highlighted the importance of identifying a team member who deflects from the vision. “If everyone’s on the same path that’s fine but as soon as one person, and we’ve had it before, wants to become profitable quickly and wants to stop growth, it splinters everything,” he said.

Investors have been part of the journey in different forms from day one for both RedEye Apps and PlantMiner. Both stated how critical the right investor is and the management of the ongoing relationship as targets and deadlines present.  Gerard noted that values and terms are a secondary consideration. “When you find an investor that understands you, understands your business and can see the vision, all the bullshit goes away. My experience is, if you’re dealing with investors and they’re trying to do all of the calculations, models and stuff like that, they’re really not the right investor for your company, they need to care about the product and you as a person” he insisted. Trusler mirrored Gerard’s sentiments to the investor partnership and stated that belief in the product and parallel visions are paramount, so it pays to do due diligence on prospective investors as you need to be aware that there’s occasions where you won’t hit your numbers. “The first monthly board meeting after we started revenue was an interesting one as we had told our investors we’d have triple the revenue.  I don’t think we ever hit a number with that investor, but you learn from that and learn to conserve cash and absolutely scrape through… That’s part of my job as CEO, keep them aligned on the journey. This process certainly helped educate us on the right investors with regard to realistic numbers and the vision for future raisings,” he said. 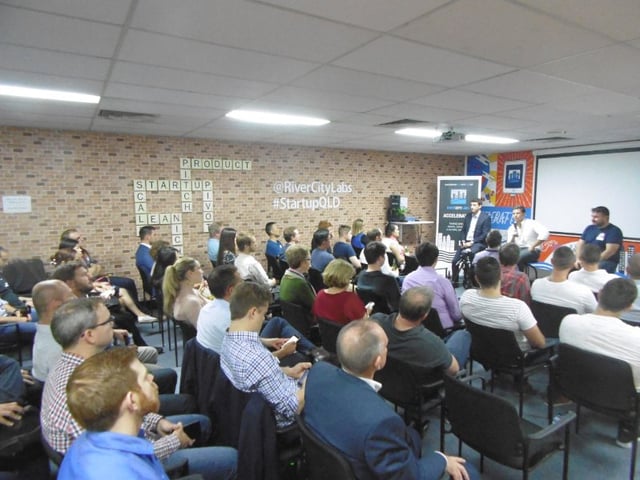 Gerard is a pivotal figure in Queensland’s startup ecosystem and he provided some guidance on the state of the market and his thoughts on startup thinking related to the stock market. “We have a very immature startup ecosystem, enormous traction and progress here in Queensland specifically but in reality when you model our ecosystem against Sydney, Israel, or against Singapore or anywhere in the US, there are dramatic differences. What does that mean? So as a new industry we need to get some success that set a really good benchmark for how to grow a startup here in Australia, so I think the early founders, we’ve got a responsibility of growing our startups that’s going to set the right bar and create the right experience for the founders that follow us and investors who come in early. For this reason I believe that startups looking to float on the ASX will put a bad taste in investor’s mouths if they don't deliver and this will effect other start ups ability to raise capital via IPO's in Australia and we should keep progressing through proven capital raising paths,” he said.

Thank you to all who attended the event with special mention to Wayne Gerard, Michael Trusler and Chris Titley for paying it forward and investing their time in progressing the tech startup ecosystem in Brisbane and Australia. Keep an eye out for future events hosted by Stellar Technology via our LinkedIn page here or our Meetup page here.